Director of Technology Solutions Cary, NC
Home / Who We Are / Person 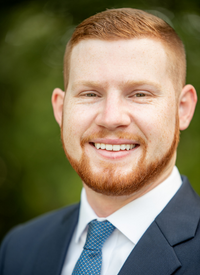 Mitchell works very closely with all of the State Universities in areas that include but are not limited to the Study Abroad, Business Travel and International Student Programs, as well as the University Interns, Summer Camps, and Volunteer policies. He is a graduate of Appalachian State University with a degree in Risk Management & Insurance and a degree in Finance & Banking. Mitchell was born in Ohio but considers North Carolina his home!