The Association of the Future

Elon Musk has been in the news recently for many reasons. One view that Musk holds that is somewhat counter to “the traditional narrative” is that global population decline is the single biggest threat to civilization. This year he tweeted the following in response to Japan’s continued population decline:

“At risk of stating the obvious, unless something changes to cause the birth rate to exceed the death rate, Japan will eventually cease to exist. This would be a great loss for the world.”

And Musk is certainly right, the math is obvious; whether one is talking about a nation, an agency, or an association, if your “population” is decreasing, unless something happens to reverse that trend, the entity will one day cease to exist. Perhaps to be a bit more succinct, grow or die!

Any organization that exists in an environment with a steady and consistent decline in population would be well-served to recognize this mathematical reality.  Over the last 10 years, membership is down in many types of associations, and insurance agency/agent associations have certainly not been an exception. In many state associations, agency membership over the last 10 years is down between 20-40%. Nationally, membership trends over that same period are down between 15-20%. This reality begs a most interesting question: what is the future of insurance agent/agency associations, and what role are they most likely to play (if any at all)? Before looking at the future role for associations, let’s look at a bit more context, and perhaps some of the reasons for the national decline.

M&A Activity: Mergers have been at a record pace for several years now, with no end (seemingly) in sight.  From a membership standpoint, this has certainly been a factor for the membership decline for those organizations that count membership at the entity level, as opposed to the agent/employee level. If one member agency goes on a buying spree and purchases four other member agencies, then five members become one! Traditionally speaking, the older, more established agencies have been staunch supporters of associations. However, these agencies have also been huge targets for acquisition, whether it be by banks, PE firms or the national brokers.

Fewer Independent Agencies: There were slightly fewer independent agencies in 2020 than there were in 2010 (about 4% fewer, according to the IIABA Agency Universe Study). And in a piece of great news for the IA channel, the 2022 Agency Universe Study reported that there has been a small increase in the number of agencies in the last two years. However, most associations do not seem to be attracting these start-ups at a high enough rate to back-fill their membership losses from mergers. At IIANC, about half of our new members over the last two years are start-ups. We stand ready to help these newly-formed agencies in a variety of ways; from E&O insurance to market access programs, to technology tips, education (both on insurance and business topics), business consulting and much, much more!

The Rise of the Aggregator: Whether we are talking about alliances, clusters, networks, franchises or some other term, the fact is that there are many for-profit organizations that have arisen over the last 20 years with the purpose of providing various products (mainly market access/contract aggregation) and services to independent agencies. And some of these organizations have perhaps positioned themselves to be a more attractive initial option for the start-up agency, particularly those that have owners with significant insurance experience, like the captive agent converts. These aggregators enjoy a benefit over associations by being able to only pursue “for-profit” endeavors. In the association world, one of our core functions for the last ~125 years has been to advocate for agencies in the legislative and regulatory arenas; a function that is complicated, expensive and very much underappreciated by most within our industry.

And while these efforts in the regulatory and legislative arenas are complicated and expensive, they also pay real dividends for our member agencies. IIANC’s Governmental Affairs program enjoyed a very successful year, with numerous wins that help our members run more efficient agencies. Perhaps the most tangible of these was the elimination of the separate broker licensing and requisite bonding requirement, creating a singular ‘insurance producer’ designation – which we estimate will save our members between $1,000 and $2,000 a year.

The Association of the Future

What does the association of the future look like? There are a couple of primary paths that associations will likely take over the next five or so years: continue down the road of declining membership until they reach a point of irrelevance (or perhaps become organizations that simply exist for advocacy initiatives); or evolve in a way that produces value to agencies and the IA channel in ways that have not yet been fully explored.  What might evolution look like?

At IIANC we have worked extremely hard to refine and reshape our value proposition. As a result, we are one of only a handful of Big “I” associations (the others are mostly located in super small states) where membership has grown over the last seven to eight years. Our success is largely due to the fact that we have aggressively pursued new initiatives from each of the areas discussed below.

Deeper Relationships with Fewer: Some associations see the prospects of having fewer members as a business reality.  Many of these associations will attempt (or are attempting) to better position themselves to have much deeper, more meaningful relationships with those members. This can/is being accomplished by offering services that have not been traditionally offered by associations, such as business, marketing and sales consulting, HR services, benchmarking/data analytics and more. If you have not fully explored what IIANC is doing in these areas, I encourage you to do so.

Opportunities Where Others See Threats: While M&A is often cited as the primary reason for many associations' membership decline, the current M&A activity also offers up a myriad of opportunities.  With most of these transactions, there is perhaps an opportunity to perform an agency valuation, the potential to assist with financing, and/or the ability to assist in addressing the challenges associated with the merging of cultures, technology and contracts.  The successful association of the future will look to embrace these opportunities.

IIANC recognizes that the selling and/or acquiring of an agency is an extremely important decision for all parties involved.

To that end, we stand ready to assist you in many of the various aspects related to this transaction.  Through our deep partnership with Agency Focus and Carey Wallace, we are well-positioned to work with you on perpetuation planning, agency valuations, financial modeling and more. IIANC’s Director of Agency Development, Jason Sabo, can help you work through the various issues related to the merging of office cultures, workflows, and any hiring needs that may arise. George Robertson and the team at Catalyit are ready to help you merge your agency management systems along with the other components of your agency’s tech stack, as well as recommend new technologies that you may want to consider.

Technology and InsurTech: The effective implementation of technology is very likely the biggest factor that will determine the future health of independent agencies (specifically) as well as the IA distribution system (generally). As such, associations MUST be more involved in working through these issues with their members. Additionally, the agent community needs to ensure that many of these emerging technologies are focused on bringing continued enhancements to independent agencies.  Associations should be a driving force in this, by actively seeking to support and promote the InsurTech companies that drive efficiencies and enhance the customer experience within agencies. In 2023, IIANC will be launching an InsurTech Accelerator in order to do exactly this. This initiative is as bold, brave and ambitious as any that I have ever seen a state-based trade association embark upon, and I could not be more excited and proud of the IIANC Board for sharing in this vision and having the courage to allow IIANC to pursue such an audacious undertaking. Stay tuned!

Drive Talent into the Industry: Many agencies are struggling to attract talented individuals to become their employees. The association of the future must do a better job in helping its members address what is currently the number one cause of concern for agency owners. It’s not enough to promote the industry, and it’s not enough to simply partner with job boards so that our member agencies can continue to churn through the existing labor pool. The association of the future should build programs that bring new people into the industry with a program that trains them and then makes them available to be hired by member agencies. This is a daunting task, and one that associations should embrace, because if we don’t do it, who will? Two years ago, IIANC created and launched InsurAcademy to do exactly this. It has been hard, complex work, but it has also been incredibly rewarding. We have brought some amazing people into this industry and have truly created over 40 “win-win” scenarios, where people were able to be get licensed and receive preliminary industry training and then be made available to hire by our member agencies. The students coming through the program are thrilled with their new career and the agencies that have hired those students have been very satisfied with their new employee. We have a goal of doubling the number of graduates in this program for 2023 and are actively working on “InsurAcademy 2.0” to make sure that we are providing the very best and most relevant training that new employees to their agencies need.

The future of all agent associations can certainly be (and should be) as bright as that of the independent agency system, but it will require a level of innovation and investment that is uncommon for “not-for-profit” organizations to engage in. We certainly appreciate your membership and engagement with IIANC. If any of the initiatives that I discussed resonate with you, then please reach out so that we can discuss how you may be able to get more involved. If there are other areas that we should be engaged in to help you and your agency, please let me know that as well.

At risk of stating the obvious, unless something changes to cause the new membership rate to exceed the lost membership rate, insurance trade associations will cease to exist. This would be a great loss to the industry. 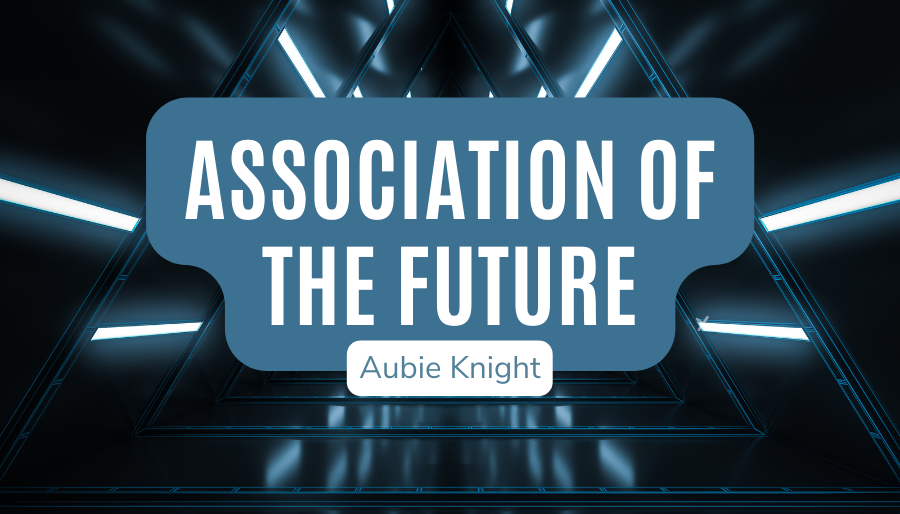